Being the Change
How one contemporary person initiated extraordinary positive changes in the world by following the Wisdom Teachings with totality. 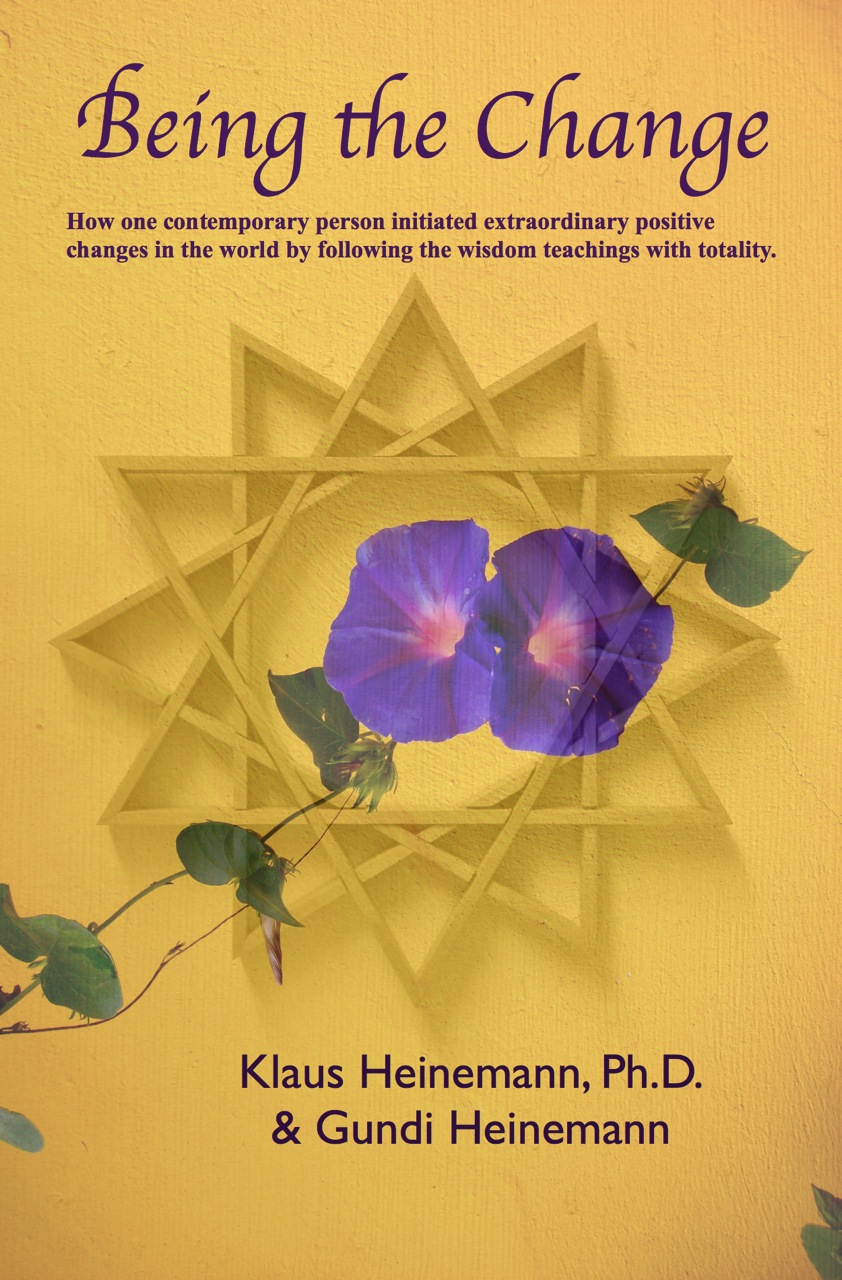 
Since the early 1970s the authors learned from, and worked with, a remarkable contemporary person who lived the last 7 decades of her life in impeccable congruence with the great Wisdom Teachings.

With the single focus in life to be of service to the Most High, this person initiated a most remarkable set of educational and organizational efforts in the 1970s to 1990s that became a major contributor to the fall of the "Iron Curtain" in Europe and to the curtailment of the construction of new nuclear power plants all over the world. The vision of the cooperation of the races, nations, and religions, was enacted in inspiring pageantry that involved many hundreds of volunteers to produce and was presented to tens of thousands of spectators. The vision of a world beyond war was advanced with the prestigious annual "Beyond War Award," given in 1988 jointly to President Reagan and to Premier Gorbachev of the Soviet Union. The call for humanity to increase conscious consciousness was advanced by the personal integration of Wisdom Teachings on compassion and love.

The book "Being the Change" includes extensive quotes of this extraordinary teacher, Emilia Rathbun, from interviews taken during the last few years of her life. Commentary and reports of unusual interludes include dramatic electronic voice perception (EVP) experiments involving Emilia Rathbun several years after her passing. This book is intended to inspire to lead a fulfilled life within the “Grand Original Design.”

Klaus Heinemann holds a Ph.D. in Applied Physics and has worked at NASA, as Professor of Research at Stanford University, and founded and ran a scientific research corporation for several decades. Dr. Heinemann also co-founded a solar engineering firm and holds design patents for solar collectors and ozonators. Gundi Heinemann is an educator and has a healing arts practice in California.

Klaus and Gundi have taught numerous human growth seminars and lectured nationally and internationally on their work. They were featured on many radio and TV programs. Together they serve as Guides of the Casa de Dom Inacio in Abadiania, Brazil and are leading numerous groups to experience Joao de Deus.

Books: [ The Orb Project ] [ Expanding Perception ] [ Orbs - Their Mission and Messages of Hope ]